Fr 30-Nov-2012: Tonight we went to the André Rieu concert in the Ziggo Dome (Amsterdam) with Henk and Yvonne. Our parents were also invited as the concert tickets were our gift for their 55th anniversary in June of this 2012. Unfortunately mom was not feeling well enough to join us, so she stayed home with dad. We had sold their tickets online on the day of the concert but we all have decided to go to the concert anyways.

P.S. Danique slept over at Femke’s house for the first time. 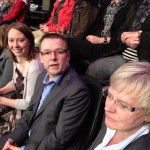 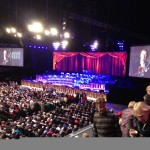