7 Billion people and me (on earth since today)

Both numbers have been calculated using UN Population Division figures. The first is an estimate of how many people were alive on your date of birth. It is one possible value based on global population figures and estimates of growth rates over time. Data before 1950 is less accurate than figures after that date. The second number includes calculations based on the methodology of scholar Carl Haub, who estimated how many people had been alive since 50,000 B.C. His calculation has been amended by the UN to include additional points in time.

Want to find out more? Visit the UN Population Fund’s detailed population calculator, 7 billion and me.

Notes on the data: Only birth dates after 1910 can be accommodated and only countries with populations of more than 100,000 people are included. Where available, the UN’s medium variant and average figures from 2005-2010 have been used. World and country population clocks are estimates based on the latest UN figures and growth rates. They may not tally precisely with other clocks because of the way this application is configured. 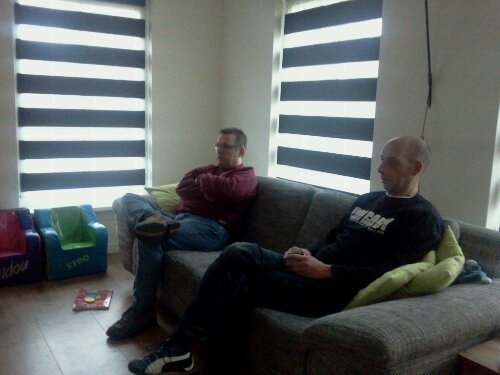 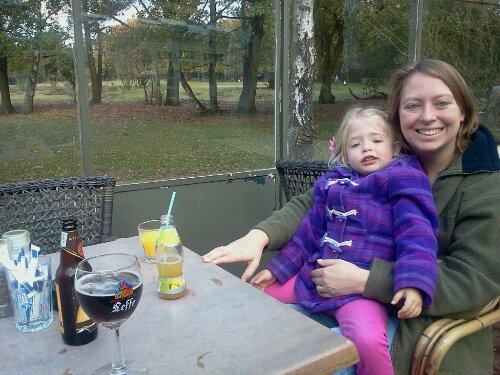 Sa 29-Oct-2011 15.45: After a bike ride via Laren and Blaricum we were having a break at De Tafelberg restaurant patio in Blaricum. At a whopping 14 degree afternoon with hardly any breeze. In Laren Sjoukje spotted one of the “Gooische Meiden” at restaurant Mauve’s terrace.

Sa 22-Oct-2011 10.00: Danique’s first time on her bicycle without the helping wheels on the side. At first it was difficult to keep the balance, but after a few minutes she was riding her bike on her own. She even made her first turns. Unfortunately there are no pictures  of this major event in Danique’s life. 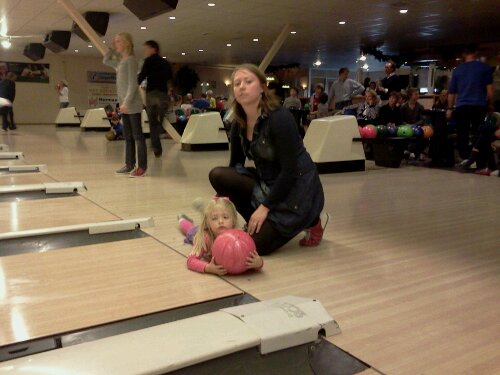 Saturday 15-Oct-2011 and Sunday 16-Oct-2011: Sjoukje’s birthday was on October 13 and Danique’s 4th birthday on October 18. This weekend family and friends visited to celebrate. On of the guets was Joeck, who was visiting from vancouver, Canada. Via him Sjoukje and Ton met each other (in Vancouver) back in October 2002. 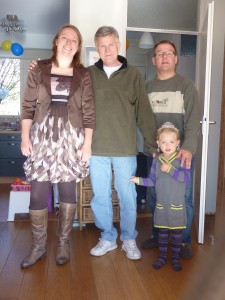 Fr 14-Oct-2011 20.00-23.30: Tonight Ton was invited by Ruud Zappeij, who owns his own star observatory in Bussum. Ton has interviewed him in the past for Radio 6FM. Because of tonight’s brightness Ruud called Ton and invited him for an introduction the the galaxy. We used Ruud’s special computer operated Celestron 14 telescope to watch:

It was a very interesting evening and Ruud rewarded Ton with a start watch certificate. Unfortunately around midnight clouds crossed the sky and we had to call it a night.

09-Apr-2011 13.00: Joeck landed with Delta Airlines flight DL1224 from Seattle to Amsterdam. Ton awaited him at Schiphol Airport. Joeck will stay in Europe to visit friends and family. 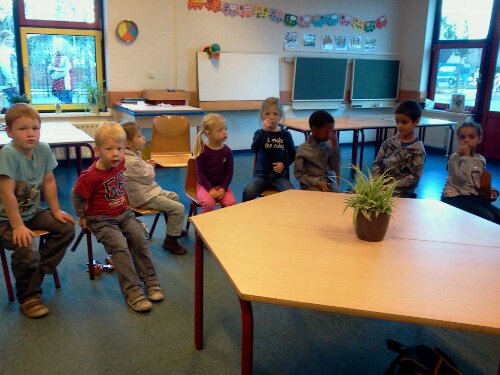 07-Oct-2011: Today is Danique’s first test day of school in group 1 with teacher Antje. She is allowed to visit her class 3 days to get used to school and she has been waiting for this day for almost a year. Now that big day has arrived. Sjoukje and Ton walked her to school. Ton stayed a bit and then Danique was on her own. She got used very quickly. Britt already took care of her. Class was from 08.30-11.45.

04-Oct-2011: Ton had beers and dinner with colleague Peter and former colleague Eco at ‘t Ij Brew Pub in Amsterdam.