For New Year’s Eve it is a Dutch tradition to “oil balls” and “apple beignets”. These are deep fried dough goodies that will bring luck for the new year to come. The dough is dropped into the deep fryer by using two spoons. They are served with powdered sugar. The “apple beignet” is a variety with a slice of apple. 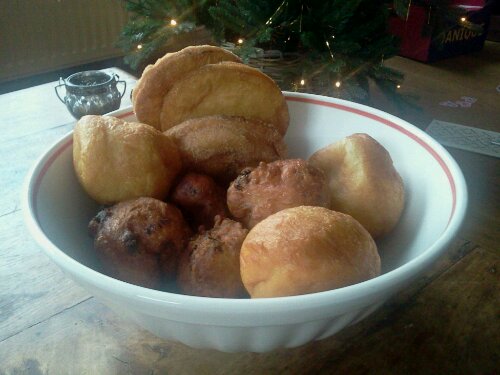 Today Jasper installed a new heating system (Remeha Avanta 28C)  in our house to replace the old one, which was 20 years old. The marks of the old, larger system are clearly visible on the wall. 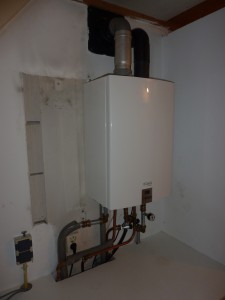 26-Dec-2011: Today we visited Anne-Pier and Inge for their birthday party.

Merry Christmas and a Happy 2012 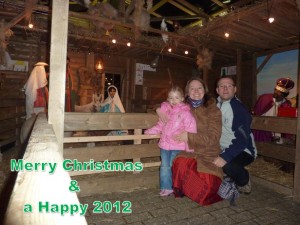 Fr 23-Dec-2011: Today was the last day at school for Danique before the holidays. She also finished a special Christmas creation, which the “students” were allowed to take home. 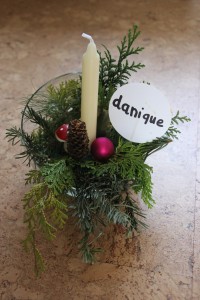 10-Dec-2011: Celine and Michel were visiting us. Ton knows Michel from when they both lived in Vancouver B.C., Canada. Michel also lived and studied in Victoria, B.C. for a while. 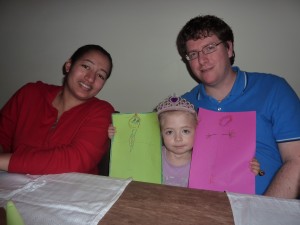 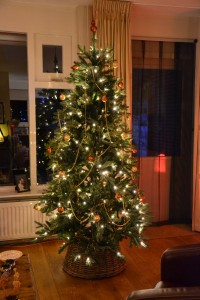 2011-11-21 18.00: When Ton entered the day care room tp pick up Danique after a day o school, she was too enthusiastic to see her daddy. On her socks she started running towards him and while taking a turn around the couch her socks slipped on the slipper floor. She fell on her right shoulder and also on her head. Crying and screaming were her next actions. When we calmed her down we felt that something was seriously wrong. We decided to take her to the hospital for further investigation. The doctor had an x-ray taken and the photo showed a  broken collarbone (see picture). She now has to wear a sling which supports her arm, because they can’t put a cast around her shoulder. Apparently with kids a collarbone heals itself very quickly. 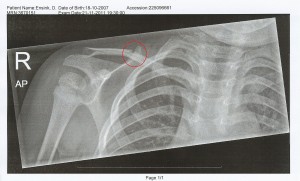